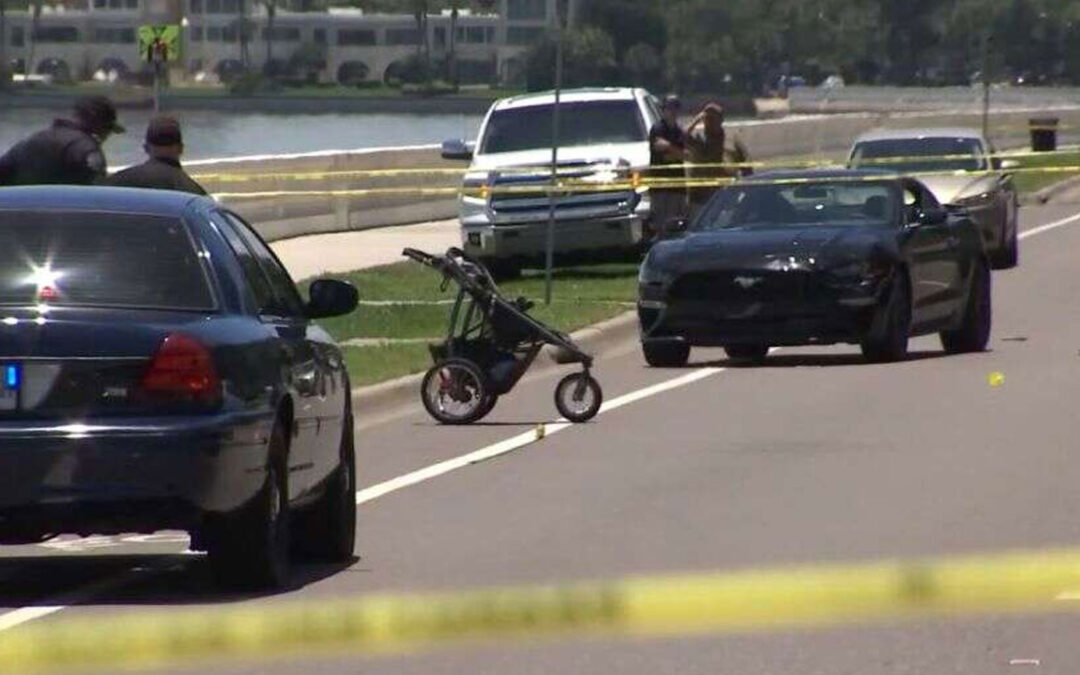 TAMPA, Fla. – Following a judge’s decision to give a 24-year prison sentence to the defendant in a 2018 crash that killed a mother and her baby, pressure builds in Tampa to make Bayshore Boulevard safer.

Cameron Herrin, who was 18 at the time of the crash, was allegedly racing with another teen on Bayshore Boulevard when his Ford Mustang mowed down a mother pushing her infant in a stroller across the iconic downtown roadway.

After the sentencing, the father who lost his daughter the same day he became a widower, David Raubenolt said it’s time for a change.

The victim’s family and safety advocacy groups say it starts with the city.

Following the 2018 crash, the city added more crosswalks and stops.

But in January 2020, a drunk driver killed a jogger.

Four months later in April 2020, a speeding motorcyclist crashed into a bicyclist, killing both of them.

“I think that can be done by adding protected bike lanes the entire length of Bayshore and periodically closing parts of Bayshore whether it’s just the northbound lanes or the entire road to car traffic once a month,” said Emily Hinsdale of Walk Bike Tampa.

The city of Tampa is currently studying Bayshore Boulevard to see what’s possible. At a council meeting last September, city officials presented ideas within their Vision Zero presentation. One idea removes a lane in each direction and another shifts traffic to other roads.

Officials said they want public feedback on how to improve safety.

A grandmother who lives near Bayshore said extra law enforcement helped slow down drivers, but she’d like to see more.

“More crosswalks, you can go three, four, five blocks and there isn’t one,” said Cindy McPherson, a Tampa resident. “It actually is wonderful to have the crossing right here. We’re so blessed to be able to hit the button and may sure people stop.”

There’s no date for when the city will finish its study. But residents hope changes come sooner to prevent another death.

“High speeds cause deaths. That is just a fact, and that is something that we need to address as a community,” said Hinsdale.

The city of Tampa is working on the Bayshore study with the Florida Department of Transportation and the Tampa Hillsborough Expressway Authority. The city said Bayshore is part of Tampa’s larger traffic safety initiatives, Vision Zero and Tampa Moves.