Sidewalks are coming to Tampa, but questions remain 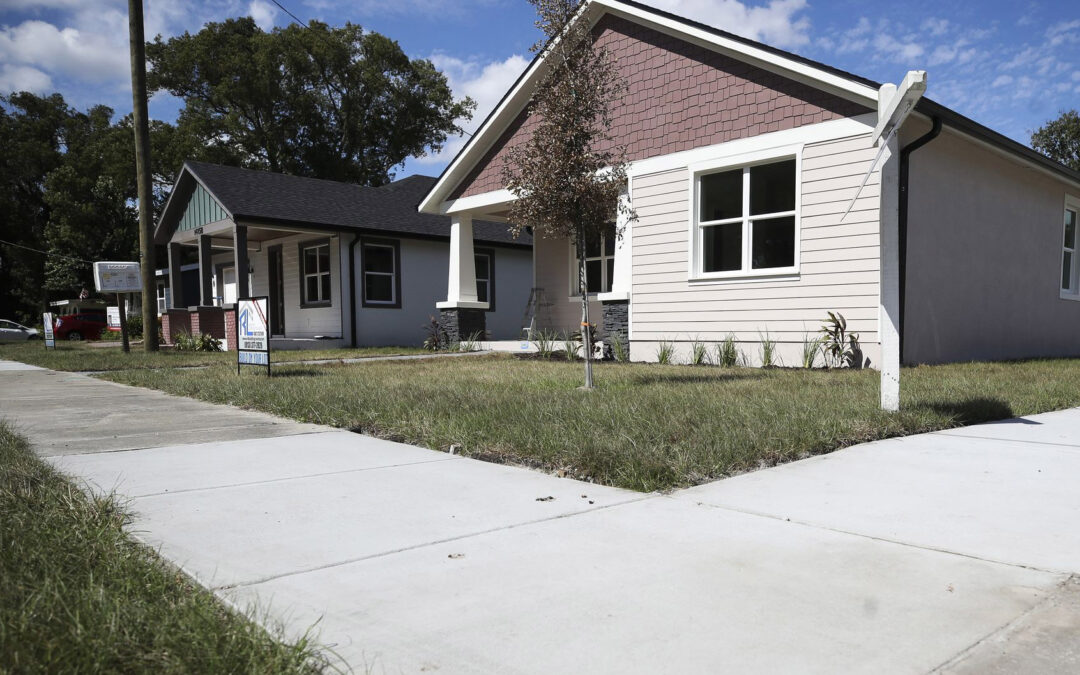 The Tampa City Council unanimously approved a revamp of the city’s sidewalk ordinance, a victory for those who have waged the fight for years.

TAMPA — After months of haggling over ditches, fees and trees, the Tampa City Council voted unanimously Thursday to make it harder for builders to avoid installing or paying for sidewalks when they work on new construction projects.

The new ordinance would make it harder for builders to avoid installing new sidewalks if they can claim there is not enough room or something is in the way, like a tree. It would also require them them to pay into a fund used to build sidewalks elsewhere when they show there is an impediment to installing them in front of their own project that is insurmountable.

The city charges builders $29 a linear foot for the stretch of sidewalk they would have built when they opt to pay into the fund rather than install sidewalks themselves.

In large portions of the city, such as in West and East Tampa, drainage ditches are prevalent and make installing sidewalks difficult.

Council member Charlie Miranda was the most vocal opponent of the measure, but he ended up voting for it in the end.

Before the vote, Miranda raised concerns about people in West Tampa and other areas of the city who would never get sidewalks because of ditches. But he said under the new ordinance, they will be forced to pay the freight for installing them in other parts of the city.

Council Chairman Orlando Gudes also raised concerns about accounting and transparency of the sidewalk fund and the lack of specificity for when the funds will be spent.

But, in the end, a long-standing issue was resolved with little acrimony.

Developers and their consultants said the ordinance as written would make it easier to fell trees, a major concern among many residents who worry about a state law that preempted Tampa’s tree ordinance in 2019.

But city staff said the issue was a red herring, and that “protected trees,” a class of tree whose trunk can be as little as two inches in diameter would unnecessarily hinder bringing walkable streets to many Tampa neighborhoods.

The city was committed to building or repairing sidewalks whenever possible around existing trees, said Abbye Feeley, director of the development and growth management department.

The sidewalk fund will be tracked and reported to City Council each year, staff members said.

Miranda joked that he should be appointed czar of the tree fund to make sure the money was being spent appropriately.

The final version of the ordinance also drops a requirement for sidewalks within 1/2 mile of a school.

The issue of increasing the sidewalk fee to more than the current $29 per linear foot fee, which sidewalk activists say is far too low. The city’s proposed new price of $75 is too high, builders say, who have suggested $40 per linear foot.

Read the full article at: https://www.tampabay.com/news/tampa/2021/12/02/sidewalks-are-coming-to-tampa-but-questions-remain/