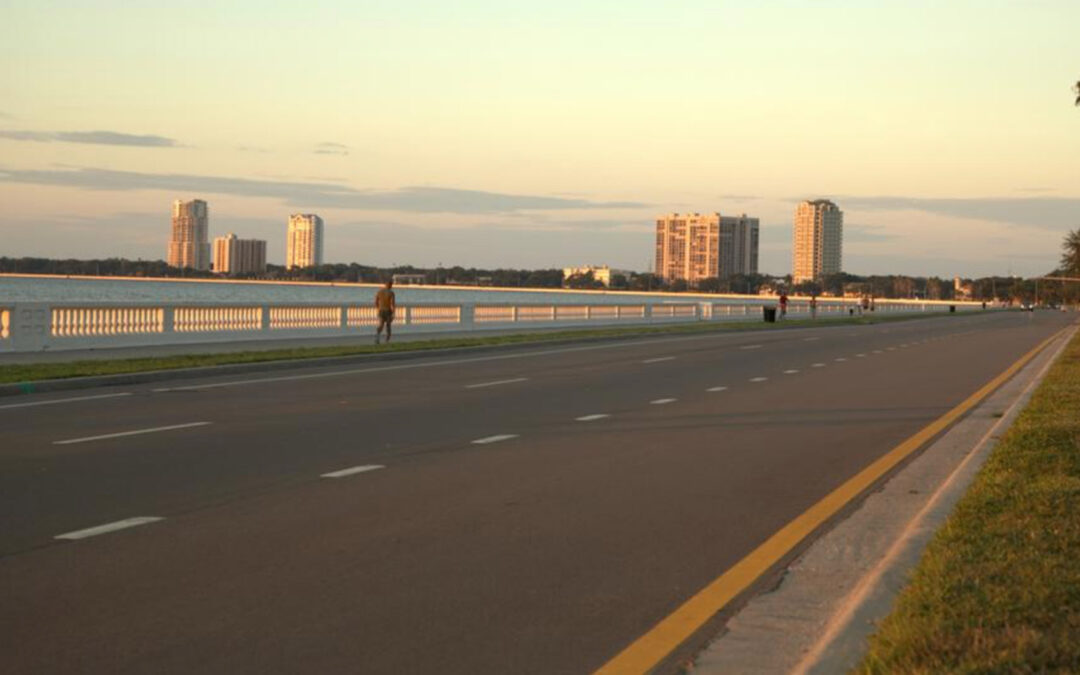 The group, which wants to have the boulevard become safer for bicyclists and pedestrians, said shutting down part of the road couldn’t come at a more needed time, reads the April 5 letter to Castor.

Walk Bike Tampa is asking Castor to immediately institute an open street policy on Bayshore Boulevard for the duration of the safer-at-home order due to coronavirus, by either closing all northbound lanes to vehicular traffic or closing the outer lane of each direction to vehicular traffic, according to the letter.

Bayshore has long been a main connector to MacDill Air Force Base, where thousands of residents work, but is critiqued as a roadway designed for speed while at the same time being a popular biking and walking destination as it boasts scenic views of the bay.

Emily Hinsdale, a Walk Bike Tampa board of directors member, told the Tampa Bay Business Journal that the group was intending to send the letter prior to a fatal bicyclist accident over the weekend, but the accident itself heightened the urgency.

“[Saturday’s] horrific crash demonstrates (yet again) that Bayshore’s wide travel space and lack of impediments such as traffic lights promotes poor driver behavior in an area with a large number of pedestrians,” Hinsdale said in the letter.

“This conflict is currently exacerbated by the COVID-19 crisis: many more pedestrians and fewer cars, allowing for higher rates of vehicular speed. Leaders all over the United States and the world have met this crisis by closing roads to vehicular traffic to reduce crashes and to allow for safe distances between walkers and bikers,” she wrote, stating the hospitals are already dealing with the coronavirus crisis and do not need car accident victims.

Hinsdale said the lack of traffic encourages drivers to speed and that Bayshore Boulevard has a narrow area for bicyclists.

Castor, who responded on Monday afternoon, issued the following statement:

“While closing certain streets for recreation purposes was considered, it has become clear that doing so would make these streets an attraction for large groups of people at a time when it is more important than ever for all of us to exercise social distancing.We are lucky that so many people can enjoy exercising in their own backyard, on their own streets, and in their own neighborhood—that’s what we should all being doing this time, not gathering in groups on Bayshore or the Riverwalk.”