Tampa sidewalks ‘slipped through a crack.’ To address shortage, who should pay? 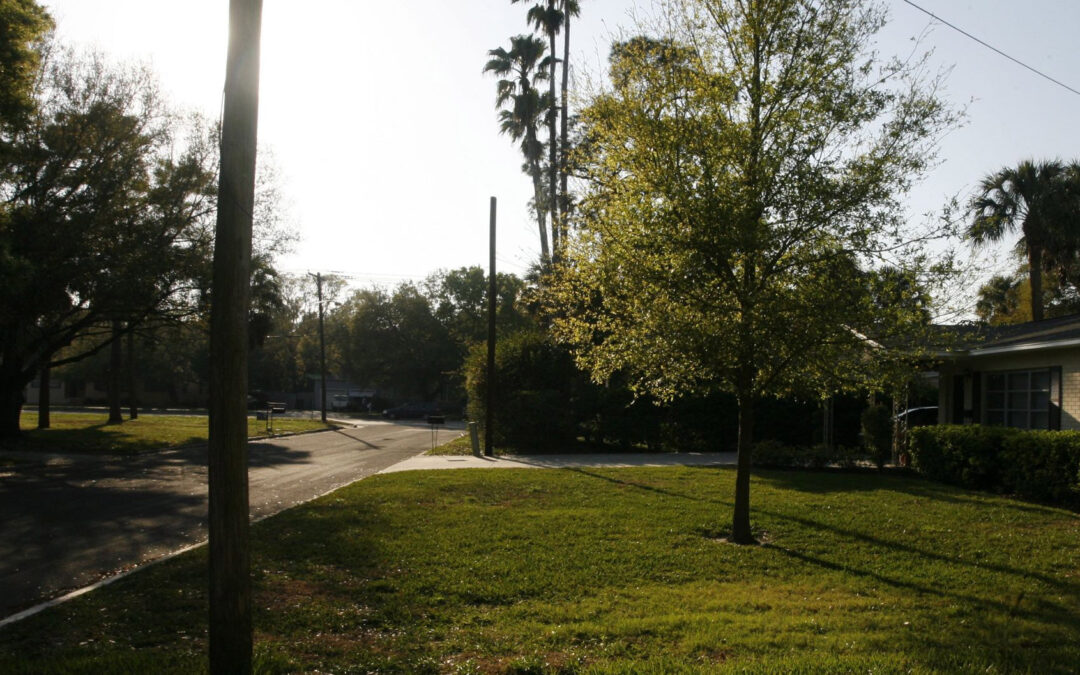 Mayor Jane Castor says the city is ending a subsidy for new home builders. Builders counter that the city is trying to fix its sidewalk shortage on the backs of new home buyers.

TAMPA — More and more, the question in Cigar City is not whether we need more sidewalks, but who is going to pay for them.

The city recently proposed a hefty increase in fees for developers who rely on the city to put down sidewalks in front of new homes. Typically, such “short-segment” sidewalks run along the frontage of new homes in the city, which still has too many neighborhoods without any sidewalks or poorly maintained ones.

Currently, the city charges $29 per linear foot to developers who opt for the city to construct sidewalks in front of new homes. The city wants to hike that rate to $75 per linear foot.

Builders says they’re willing to pay $40 per linear foot (about $2,000 for a typical sidewalk) but no more. The city says its true construction costs, including removal of the existing sidewalk, engineering and design costs and other expenses, make that figure way too low for the city to come out even, let alone tackling its deficit of pedestrian-friendly streets.

It’s a standoff, for now. City Council members will take up a revamp of the city’s sidewalk ordinance in October, but City Council member John Dingfelder said he thinks that overhaul should proceed with or without an agreement on costs, which may end up in court.

Steve Michelini, a local consultant who is representing the Tampa Bay Builders Association on the issue, said the gap boils down to the city trying to make up for the shortfall of the All For Transportation tax dollars, which were struck down this year by the Florida Supreme Court.

“You can’t make developers pay for what the courts took away,” Michelini said.

The city’s mobility director, Vik Bhide, said that’s not the case. The city is trying to recoup all the costs associated with putting in a sidewalk. That’s how city officials arrived at the $75 per linear foot figure, Bhide said. The issue first arose last year when the advocacy group, WalkBike Tampa, suggested doubling the sidewalk fee to $58, Bhide said.

After researching, the city determined the actual cost to be even higher, he said.

“For many years now, the cost of the in lieu fee has been under the actual city cost, and given that this item came up and we were asked to give guidance to council, we have illuminated this item,” Bhide said.

What’s more, Bhide said, the city’s research indicates that some developers haven’t paid the current fee (which comes out to $1,450 for a 50-foot sidewalk in front of a house), which has been in place since 2015.

“We do recognize that we will need to track this and be more accountable to the public. Here’s how much we’ve collected and here’s how much sidewalk we’ve installed,” Bhide said. “We need to make sure everyone who should be is paying into the in-lieu fee. And we’ll be issuing either an annual or six month report to be transparent.”

Builders have their own concerns about whether the fees they pay into the city’s sidewalk fund are being spent on sidewalks. Bhide said city records show they are only spent on sidewalk repair and capital projects.

Council member Guido Maniscalco has made up his mind. He thinks the city’s figure is fair. Housing prices in Tampa are skyrocketing and developers are making huge profits, he said. What’s a few hundred more dollars to get sidewalks put into neighborhoods that have never had them, he said.

Read the rest of the article here: https://www.tampabay.com/news/tampa/2021/09/06/tampa-sidewalks-slipped-through-a-crack-to-address-shortage-who-should-pay/